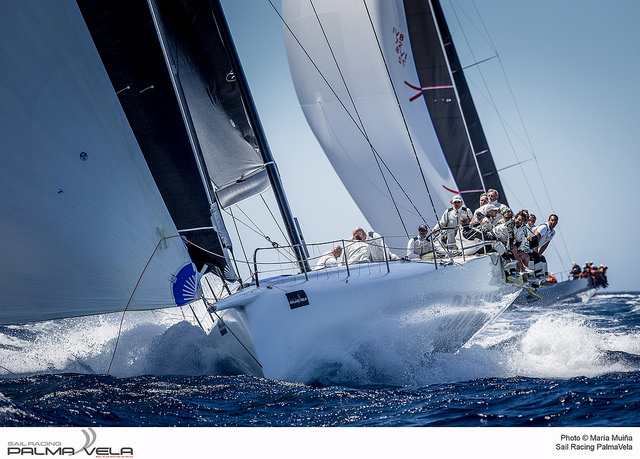 The crew of the chartered Earlybird, under tactician Karol Jablonski, charterer-helm Pit Finis and navigator Wouter Verbraak, have proven quick learners and lead the nascent ClubSwan 50 fleet. Their day improved with each successive race, going 3,2,1 today. With a two point lead going into their last race, also a coastal, Earlybird are well placed to win the first ever ClubSwan 50 regatta in Europe. Tactician Jablonski is already a big fan of the exciting new one design class, but admits their three race day in more than 20kts of shifty breeze, was taxing:
“With three races it was a tough day for all the teams. In 18, 20 up to 23kts we really were pushing the boats and the crew towards their limits, it was hard work. So we are exhausted. The boats are very much different to sail in 18 to 20kts to what they are in 14 or 15kts because the loads get so much bigger. You need a strong team which has sailed together a lot. We are learning every day, every race.”

He adds:
“ In the first race we made a few mistakes but we say we lost against the boat, not against the opposition. It was our biggest opponent. But we kept the momentum up after our third in the first one, then getting a second, then winning. Every boat had a one, two and three. We are happy with our performance considering it is crew we did not really know each other, a mix of good guys and some amateurs. We had to go through the Wally fleet in the first race and make a split from the fleet that lost us the lead.”